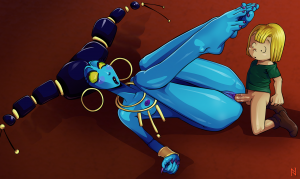 I recently discovered the film Grimm Douwa: Kin no Tori (The Golden Bird) online. It’s an old film from 1987 with kind of an interesting history. It was completed in 1984, then shelved for several years. During that time it gained a reputation as a lost classic, until it was eventually released in the 1987 as part of Toei’s “Manga Matsuri” film festival, the same place a lot of the Dragon Ball movies debuted (as far as I can tell, I’m no expert).

Unfortunately, there appears to be no English version of the film anywhere. Hell, I couldn’t even find the original Japanese audio outside of one promo for the 1987 Manga Matsuri. Instead I had to settle for the Greek dub (watch it here), which actually isn’t terrible despite me not speaking the language. The plot’s not terribly hard to follow, and the animation is really great. The characters are all super cute, and I feel like I’ll be revisiting this one in the future.

This pic specifically is of the protagonist, Hans (or Hansu, which I think is cuter but doesn’t seem to be the accepted Anglicization) having a go at the film’s villain, Witch (yes, that’s the only name I can find for her). The Witch has a terrific musical number partway through the film, which is probably the highlight of the movie for me. I adore her.