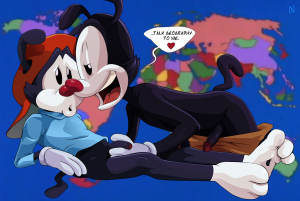 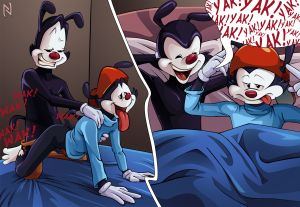 Here’s a commission I just wrapped up, featuring the Warner brothers (sans Warner sister). I think this is the first time I’ve done anything with Animaniacs (aside from a brief appearance by Hello Nurse in Camp Woody), but I hope it’s not the last. Animaniacs was a big part of my childhood, as it was many folks my age, and has a lot of potential. There are several good female designs to work with (some only appearing in one or two episodes). I would also like to do more pics like this one some day.