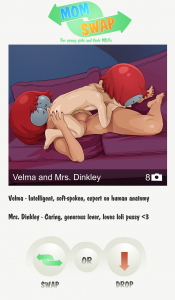 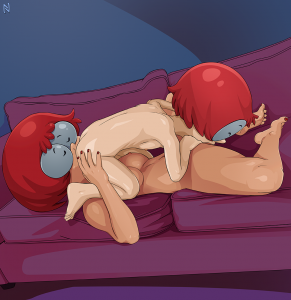 So, like I did with Daphne before, I’m using the “A Pup Named Scooby-Doo” version of Velma and her mom for the MomSwap series. Now, Velma’s mom in “Mystery Incorporated” is named Angie, but that version of the franchise is clearly in a completely different universe than any other version. That’s why I used the name Elizabeth for Daphne’s mom, rather than Nan, and why I’m just going with Mrs. Dinkley for Velma’s mom. However, like with Daphne, I do think there’s a good chance I’ll draw the “Mystery Incorporated” equivalent of this pairing somewhere down the line, since I do like the idea of Velma and Angie getting it on.