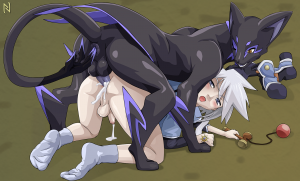 So this is another commission purchased through my Epic Tier. I’ve never played any of the Tales games, or seen any of the anime. I know a handful of the characters through other artists’ work, but not these two, haha. Genis here is kinda cute, though, and I think the pic turned out overall alright. Naturally, if it’d been entirely my own pic than we would’ve seen his feet instead of having him in socks, but of course the client’s tastes are what matters most in these instances. The client referred to the pic as #1, so I guess there’s a chance he’s gonna commission more from this game in the future for those of you who’re fans. Anyway, I hope you all enjoy the pic!