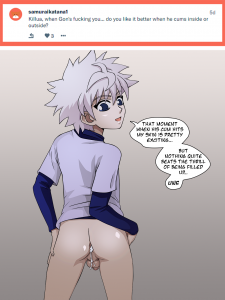 Here’s another of the simpler Character Asks. I was originally pretty optimistic about being able to do every question this month, but there’ve been several new ones since the initial influx. Moving forward, I’m going to prioritize supporters who have been with me since before the month changed, and of them those who are at the $7 level (since those higher get other perks). That being said, my goal is still to get everyone, or at least as many as possible.