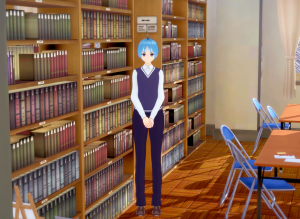 This is Shimada Mamoru, the first boy in the Perverted School project. He started out just as my way of familiarizing myself with the Koikatsu character creator. As I was working on him, I decided I wanted to make someone a bit like Nagisa from Assassination Classroom, so I leaned a bit into his design. I thought the final result was pretty cute, though, so I decided to keep him and add him to the roster. Mamoru’s a quiet boy, but he’s sweet and kind to those who get to know him. He enjoys reading but not studying, and can often be found in the school library after classes are over. 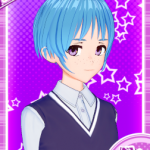