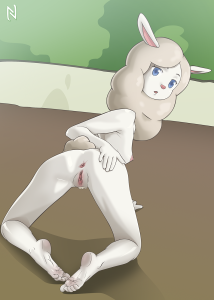 I watched Odd Taxi recently, and really enjoyed it. It’s a pretty good noir story with anthro animal characters, and I’d recommend it to anyone who likes mysteries or dialogue-heavy stories. There’s a few really cute furries in the show, both male and female, and I had one or two I was thinking about drawing. Shirakawa, arguably the main girl, ended up winning me over. While design-wise she was still in my top five of the show initially, her personality and presence in the story completely won me over and bumped her to the top. I’ll hopefully revisit this show with a few other characters eventually, but I really wanted to do this quick little pic of Shirakawa while the series was still fresh in my mind.