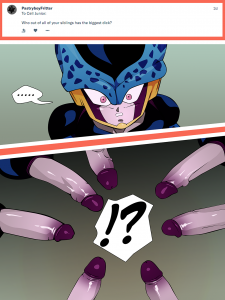 This is the first Character Ask for a character that doesn’t really speak (as I recall, the Cell Junior mostly giggle menacingly), though it’s not gonna be the last one. I had fun thinking up a good way to answer it, and hopefully the joke comes through despite the lack of dialogue. 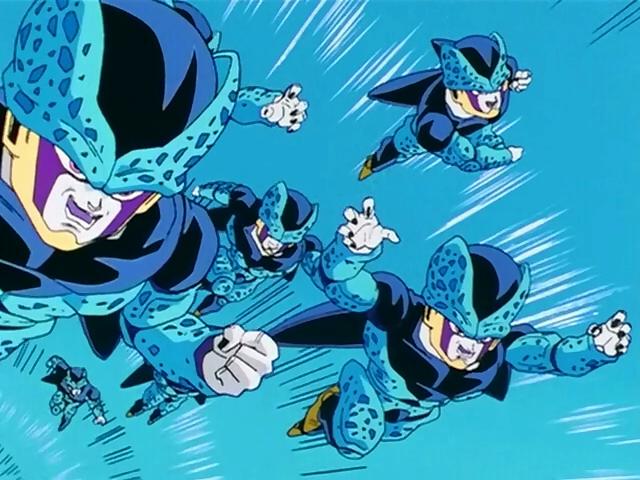 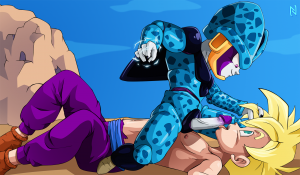 So the numbering on this series is a little screwy due to the previous entry, which wasn’t so much part of the series as it was a “bonus page”, but the third official entry is finally here and ready for public consumption. After blowing away his shirt, Cell, Jr. is prepared to do the same to Gohan’s pants while the little Super Saiya-jin eagerly tastes that white and purple cock. 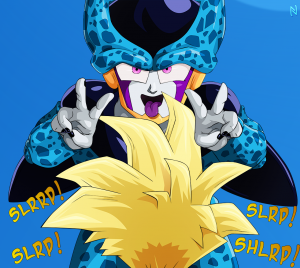 So there’s a bit of a funny story with this one. This was a commission bought last month through the Epic Tier as part of the ongoing Cell, Jr. and Gohan series. The client, however, was unable to get me the instructions for this entry until the very end of the month (these things happen). Despite my assurances that he could still get whatever he wanted, he felt it best to insist on something simple to make up for the lost time, and asked for Cell, Jr. giving the double peace sign ahegao look. I was able to talk him into adding Gohan’s head to make it a bit more explicit, and added SFX sounds after it was suggested, but it’s still one of the tamer pics I’ve done. I think it’s cute, at least, and hopefully some of you will still enjoy it.

There’s more of this series to come, however, and hopefully the next entry will be something a bit more hardcore. 😉 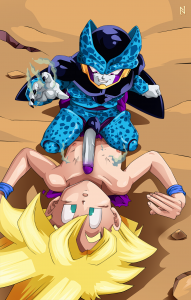 Below is an alternate take on the lineart that came about due to a miscommunication with the client. 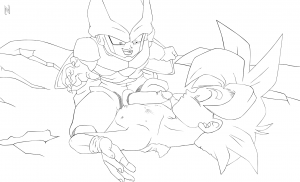 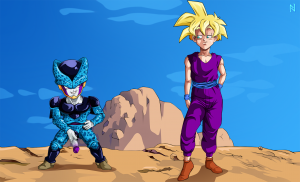