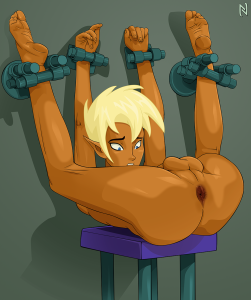 It’s been ages since I watched Drawn Together, but there were a handful of characters in that show I was really into back when it was airing. Xandir’s the only male one I’m into (probably ’cause he’s a parody of Link, who I’m also into), but I recently just got the itch to draw him. He’s always talking about being on a never-ending quest to save his boyfriend (or girlfriend in the first episode, before he came out), but I wanted to see what it might look like if he was the one who needed rescuing.