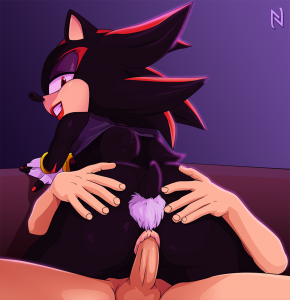 I’d been meaning to do another “Sluthog” pic for a while, and I actually started this one last month. I wasn’t able to finish it before the month changed over, however, and it got put aside while I worked on all the new stuff I had to do on the first. That’s mostly behind me now, so I switched focus to this and wrapped it up.

This is slutty Shadow, or “Shady”, fitting right in with Sonnie and Knuxxxy. I don’t care much about Shadow in the actual Sonic universe, whenever he shows up in Sonic media I tend to tune out, but something about his “edgy” design translates really well into the Sluthog universe. He’s just a great whore, and I’d like to draw him again (I know it’s popular to dress him up in a classic nurse fetish outfit, though I don’t know if I want to play into something that’s been done so many times). Regardless, I’m happy to have expanded this series a little bit.