Crossover Magi: The Labyrinth of Magic NHS Fusions The Amazing World of Gumball 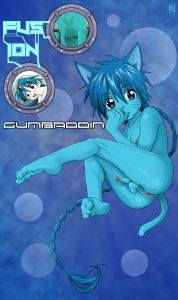 I didn’t think about the fact that I haven’t actually drawn Gumball’s face yet when I included him in the poll for this Fusion, so when he won we ended up having the kinda nondescript back of his head for the little icon thing. Whoopsie. His mother has actually already won a spot in the next Fusion, too, so we’ll be seeing some more Watterson Fusions before too long.
The theme for this poll was “blue” characters, and we actually ended up with two boys who I’ve only drawn once apiece winning out. I think the resulting catboy is pretty cute, though, and I hope y’all will agree.
Continue Reading
7
The Amazing World of Gumball 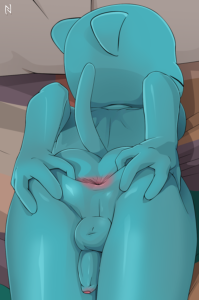 I had a bit of an itch to do a simple little pic of someone spreading open their butthole. I also had been looking to do something gay with Gumball for a while, and these two desires came together nicely here, I think.