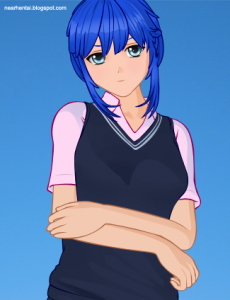 Ayumu is the second of the three “bully characters”, run by Yamashita Yumi. She is the counterpart to Endou Mihara in Sakura’s group. While both Ayumu and Kumiko have been known to sleep with Yumi (Yumi is a very sexual person), Ayumu is the one closest to her. Ayumu considers Yumi to be her one true love, and would do anything for her. Outside of the clique, she’s very good friends with Hasumi Izumi.

Ayumu is in her school’s swim team, where she enjoys moderate success. She’s not terribly bright, and is considered the “muscle” to Yumi’s little group. She’s a bit tense, and will often ask her other classmates for dieting tips.