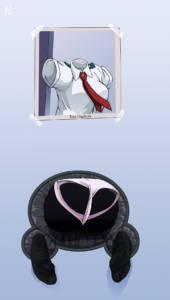 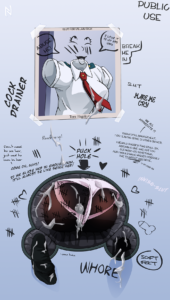 Hagakure’s a character a lot of people were curious about when I started this series. I always intended to include her, but I had a bunch of other characters I wanted to get through first (though there’s plenty more on the way). For her entry, I decided to include some clothing to help illustrate the scene. The panties pulled to the side were always a given, but I went back and forth on the socks. In the end, I decided to have her socked up in the before image, and with one removed in the after, to try and get a little bit of the benefits I saw in both approaches. So here’s the final result, I hope you guys like it.