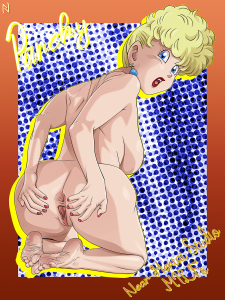 I mentioned earlier for her Character Ask that Mrs. Briefs would be the next NHS MILFs entry, and here she is! I tried blending elements from her classic DB and DBZ designs with her newer DBS look, and I hope you all like the result. I’ve always been fond of Panchy, personally, though I don’t draw her as often as I should.
Originally, she was going to be the last of the Dragon Ball moms to be in this series. However, since making my initial plans, one other MILF from that franchise has made her way into the Studio, so after I do another non-Dragon Ball character I’ll come back for one last one.
Dragon Ball (Series) NHS MILFs Panchy Briefs
1
Previous Post
Next Post