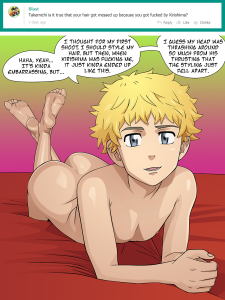 So the answer here isn’t super interesting, I don’t think, other than maybe providing a fun visual if you want to picture his hair falling out of it’s styling. I know there’s some folks wanting to see me draw this show, though, and in the One-Shot where he debuted we didn’t see much of Takemichi. So here’s a bit of a better look at him, I hope y’all like it.
I looked into this show for both the One-Shot and this Ask, and I think the premise is interesting enough. It reminds me a lot of Erased, and what I’ve seen of Takemichi makes me think I’d like him as a protagonist. Some of the boys, like Mikey, are also pretty cute. However, googling the show gets me promotional images of the characters decked out in swastikas, and that’s kinda a turn off. I know they probably are just a retro punk aesthetic in Japan, and not a declaration of ideology, but it still makes me think I’d rather watch one of the billion other shows I’d like to watch instead. Maybe I’ll check it out some day, but I don’t really think I’ll go out of my way for it at this time.
Continue Reading
1
Comic Crossover Genshin Impact Hunter × Hunter My Hero Academia Naruto NHS Fusions One Piece One-Shots Tokyo Revengers 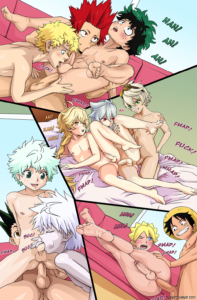