Monkeying Around All Day, Part 1 – Morning 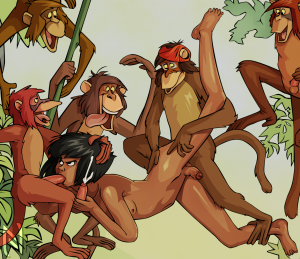 First off, let me say that this isn’t part of the Twenty. This is actually an older commission I took on a few months ago, but due to the size and scope of it I’ve been working on it as a background project (like I do the comic pages).

This commission comes in four parts, which will be released whenever I finish them. I just recently wrapped up this first part, featuring our boy Mowgli when he’s first been captured by those pesky monkeys. It’s been a while since “The Jungle Book” has shown up here, and I hope you guys are as happy as I am to have Mowgli around again.