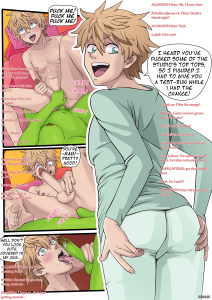 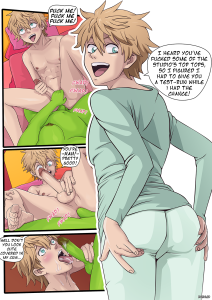 While a lot of my projects that focus on both male and female characters will alternate between them, that’s not the plan for this comic. However, when thinking of who to have visit the Butt Witch next, I did think Luck might be a fun pick. While it’s not my main priority, I do think this comic will be a fun place to spotlight characters who haven’t gotten a lot of attention. Luck’s not completely forgotten, but he’s not really been featured as much as one might expect given the response my pics of him seem to get. Since people seem to really like him, here he is getting fucked by some of that good green dick.