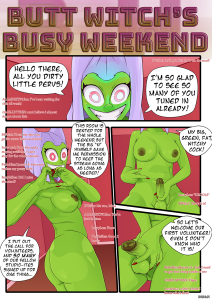 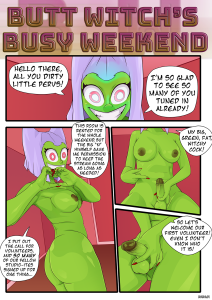 This is an idea I had for a new comic, one based loosely off an AI Dungeon adventure I ran for myself for a little bit. The premise is super simple, Butt Witch is hosting a live show, where anyone in the Studio who wants can volunteer to come and get dicked down live on the web. I think of this comic as a bit like a mix between Hypno’s Harem and Near’s Drag Race, where each page will feature an introduction for the character of that page, followed by some panels of the Butt Witch fucking them different ways (with the added gimmick of the chat, which is all characters in the Studio, but I won’t give away who). This page is different, as an introduction, but I hope to get the second page ready relatively soon so you all can have a better idea of how the rest of the comic will go.